Committed to the the highest customer satisfaction.

We are a company that is committed to honesty and reliability. You can always count on fast and friendly service with Accurate Heating & Air Conditioning. Just listen to what our customers have to say!

The original HVAC system that was installed when the house was built in 2004 never seemed to work correctly and would often shut down for hours at a time.  We finally decided to purchase a new system.

We got multiple quotes for similar high-end HVAC systems.  We were most impressed with Daryl Erckenbrak, the owner of Accurate Heating and Air Conditioning.  He was recommended to us by a contractor friend of ours who owns a local home building company.  Although the estimators from every company that gave us a quote were very professional, friendly, and followed the COVID guidelines, Daryl was by far the most knowledgable.  He took the time to explain how an HVAC system works and why he recommended certain heating and cooling units.  He also gave less costly alternatives that met our needs if we needed to reduce our costs.  We went with Daryl’s recommendations and even added a low cost, whole house air purifier (our request).  We were very pleased when his quote came in 10-20% lower than comparable system quotes, although we would have gone with him even if his was not the lowest quote.

We scheduled an install date which worked out perfectly since there was going to be a heat wave.  He and his crew were right on time.  The install took 2 full days and went flawlessly.  His crew was hard working, very professional and knowledgable.  They explained what they were doing throughout the process and found the cause of the all our previous problems were due to an improper install by the original builder.  They spent hours of additional time correcting the problem at no extra charge.

The system was up and running on schedule.  They professionally trimmed and tied up all tubing and wiring and left the area looking beautiful.  They even took time to get our next door neighbor’s system up and running at no charge.

From our personal experience, we highly recommend Accurate Heating and Air Conditioning if you need a new HVAC System or an evaluation/repair on an existing system.

*One additional note;  the air purification system works great.  It takes very little time for the air in the whole house to “smell” fresh and clean after cooking a large meal.

Daryl Erckenbrack, the owner of Accurate Heating and Air Conditions, did a thorough, detailed and careful repair of my HVAC system. He was extremely professional, courteous and listened to me first to really understand the problems with HVAC system before just diving in. He was also punctual and used modern software to text me when he was on his way, a quality I really appreciate as I have been stood up so many times with various contractors.

Daryl was also honest and a good communicator, as I have been jerked around by the large companies who didn’t really care about me at all or extending the life of my HVAC system but really just wanted me to buy a new system from them (this happened to me several years ago with Moore HVAC and it upset me so much that I repaired my heater myself, twice! One time I replaced the main control board and another time I replaced my blower motor). Daryl understands it is a massive expense for many normal homeowners who do not have $10,000 lying around to buy a new system and worked hard to extend the life of my existing one.

I felt Daryl really put my and my families’ needs first. He focused on the work and took the time to do the job right. I highly recommend Daryl for your HVAC needs and I absolutely plan to use his services again in the future.

Daryl Erckenbrack, the owner of this business is one of the most thorough, professional and respectful heating and cooling experts you will ever have the pleasure of working with. If you want the best for your home and intend on keeping it, and don’t want a cookie-cutter big firm, this is the guy.

Absolutely went the extra mile and then some to explain how our new furnace would work, why we needed what and with a no-nonsense approach, explained all our best options. His quote was tip-top and included meaningful details that the other guys never even mentioned. If you want a thorough, honest, nice, and professional local person who clearly loves his business, Daryl is your man. Highly recommended by myself and my wife, home owners for 37 years.

Daryl, the owner of Accurate Heating and Air Conditioning, was selected by our Home Warranty company to provide an estimate to replace our heating and air conditioning system.  He provided a fair and reasonable estimate and was selected by our insurance company to do the work.  I couldn’t have been more pleased.  Daryl, was professional, considerate, and kept us in the loop the entire time.  I would recommend Daryl to anyone who wants or needs a new HVAC system or repair.  Great guy!

Daryl, the Owner of Accurate Heating and Air Conditioning is a true pro! Our AC system expired during an intense heat wave.  We went thru several hurdles with our Home Warranty Company to rectify it. Ultimately, it took 50 days to resolve once reported to them.  Daryl was the second contractor assigned.  He came out immediately, determined the system needed to be replaced and took the steps to get the necessary equipment ordered.

He went thru several hurdles with our Home Warranty Company as well but remained persistent.  On top of this all, he seriously injured his hand which could have delayed the repair and replacement for weeks. Instead he was delayed a couple of days, came out to install the new system with his assistant and we were up & running. He shows true concern for his customers and does a very professional job.  I would use him over and over and plan to recommend him to anyone needing Hvac work. 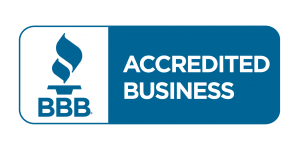 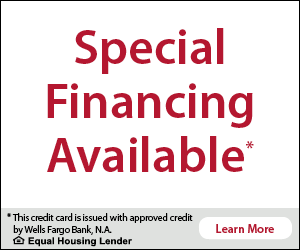 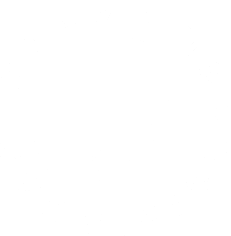